skip to main | skip to sidebar

First novel by David L. Arnett. The title Messengers refers to Angels. It is a unique take on the subject. Fascinating cover, eh? I was interested in the characters and the storyline and would not willingly have quit reading it, but, that doesn't stop me from hoping that the author will improve a few things for his next story. I can feel the struggle of the writing in the story. A good editor might be able to fix that. Also, I'm afraid the daemon/devil portions were not to my taste and made the overall effect of the story less believable for me.                                                                                        Published by Unity Books 2011
I saw the ad for the book in the Unity magazine and the author's first and last name are the same as a childhood friend from Brechin Beach Ontario Canada. It turns out it is not the same person though about the same age. Too bad, I've always wondered what happened to the David Arnett I knew. He once tied me to a willow sapling and played cowboy to my reluctant Indian and whooped around the tree whipping me with a branch from this ill-fated tree that didn't make it to maturity. Too many small cowboys in the area perhaps.
As a member of Unity Spiritual Center in Hereford AZ http://www.unityofthehuachucas.org/  I recommend it as interesting reading. There'll be mixed reactions no doubt.  Blessings all!
Posted by Carol Byron at 2:27 PM No comments:

The first thing I want to say is - I do not recommend reading this book. The subject matter is densely negative and a downer as we used to say back in the seventies.

The writing is, of course, top notch. But. Yann. Please focus on something pleasant for God's sake. Literally. Someone who can write like Yann can is wasted on this kind of focus.

Listen to this writing. "To remain silent in the face of kindness and enthusiasm would have been rude." and "There's nothing like the unimaginable to make people believe." I'm not saying these are the best quotes they are random. He can write. I have vowed not to read, see or listen to anything more on the holocaust no matter how oblique.
Posted by Carol Byron at 7:22 PM No comments:

"The Postmistress" by Sara Blake

I just finished this fine novel set in the early 1940s. The USA setting is Cape Cod but one of the characters is a radio reporter covering the war in Europe and the settings there are just as real. Look for the big picture here. It's a bit of all over the place but it's in control.

I almost gave up on it on page 22 when my editor/critic came upon this sentence: "Anyone watching - and everyone was, Emma Knew it, it was a small town, after all, and she had to be the topic of most dinner tables, why not? she was young and fairly attractive and he was their doctor! - anyone watching would probably notice how easily the two fell into step as if they'd been walking together for years already."

I'm glad I didn't. It would have missed out on this. To be honest I bought it because Kathryn Stockett recommended it. Kathryn wrote "The Help". I sent my copy on to my friend Carolyn Kirchner, who will pass it on to her sister, who will share it with her two neighbors. This is the route "The Help" took and it was fun.
Posted by Carol Byron at 3:49 PM No comments:

'Infinite' just arrived in today's mail. I've wanted it for some time and the One Spirit book club reminded me I had one more selection to fulfill my obligation. So I ordered Mike's book with righteous cause.

I've still got three John Irving's to read checked out of the library but I don't think I'm going to make it through them. Yes, I already renewed. I joined a wee group to study and work with "The Artist's Way" which is a writing path. I'm finding the 'morning pages' to be extremely useful to my inspired writing. But this is about Mike's Infinite Possibilities isn't it Carol? Yes, but it's also about all the other books I'm 'doing' right now. I'm committed to the daily lessons in "A Course In Miracles" that meets once a month after service at Unity as well. And I bought and am reading the "Writing Down the Soul". Whew.

If that isn't enough I've just begun a three year commitment to the Board of Unity of the Huachucas and there's a lot of reading to that just now. Well, I like to read, right? Right.

Can't sit here typing my heart out, gotta get back to reading. Be well. Be happy. See you soon I hope.
Posted by Carol Byron at 2:20 PM No comments:

A Quote from Dick Francis

I didn't write in my quote notebook which of Dick's books this came from. Sorry.

A Hero of mine died today.

Photo of Dick and Felix Francis

From an article in the Telegraph (UK):
Dick Francis passed away at his Caribbean home in Grand Cayman, according to a short statement released through his publicist.

During the latter part of his life Francis became best known as one of the most popular British thriller writers, penning 42 novels based on the horse racing industry, as well as an autobiography, The Sport of Queens, and a biography of Lester Piggott.
But those achievements stemmed from a successful earlier career as a National Hunt jockey, winning over 350 races and being honored as Champion Jockey for the 1953/4 season.
He rode eight times in the Grand National, including for the late Queen Elizabeth, the Queen Mother, in 1956. On that occasion his horse, Devon Loch, collapsed beneath him as he appeared to be on course for victory.
A small funeral is planned at Francis's home in Grand Cayman, followed by a memorial service in London.
He is survived by two sons, Felix and Merrick.
Felix Francis said: "My brother, Merrick, and I are, of course devastated by the loss of our father, but we rejoice in having been the sons of such an extraordinary man. We share in the joy that he brought to so many over such a long life. It is an honor for me to be able to continue his remarkable legacy through the new novels.”
His wife Mary, to whom he was married for 53 years, died in 2000.
Posted by Carol Byron at 2:00 PM No comments:

Posted by Carol Byron at 6:25 PM No comments:

I've let John Irving slip past me somehow. Even though I've seen the movies made from "The World According to Garp" and "The Cider House Rules" and enjoyed them both. I don't know how I could have missed checking his work before now. In any case, I am reading the Owen Meany one and laughing out loud every little while. How wonderful to have a great author to discover (even if the rest of the world has already done so long ago). The first person character is Owen's best friend from early school days. Owen himself is a tiny person who comes off as bigger than life.

I'll have more to say when I finish the book. This is just a heads up.
Posted by Carol Byron at 3:54 PM No comments:

I reserved the book through the library. It was late in the day when I got it home. I had other things to do, but once I was in bed and able to rest I could not resist reading some of the first chapter. Well, that led to chapter two and so on. I could hardly put it down and I've been carrying it around to read at any spare moment. That's how I am with really good writing. It's like food for the soul.
Posted by Carol Byron at 9:26 PM No comments:

This morning I read a Leo Buscaglia Christmas book
Seven Stories of Christmas Love. I no sooner finished the last page than Sharon dropped in to visit and I passed the library book along to her since she's a Leo B fan also. [Sharon don't read the next paragraph until you've finished the last story]

I was especially moved by the last story in the book since it was an adult life incident where he had a heart attack just before Christmas and his family wanted to cancel Christmas until he could join them. He, of course, insisted that they carry on as planned, especially for the children in the family. It was poignant to me because that is what he ultimately died of about a decade later at age 74 - June 12 1998 - to be exact.

His delightful book not only made me miss Leo whom I met once when he was speaking in Tucson in the early nineties, but it made me miss all the loved ones I shared Christmas with (like my mom, my uncle, my brother-in-law). I had him autograph his
Freddie the Leaf
for my grandson A.J. who was a toddler at the time. There was a long, long line both in front of me and behind. One of the organizers told me he would stay to greet everyone no matter how long it took. I cried. He looked so tired. I wanted to tell everyone waiting to give him a break and go home, but I didn't.
I didn't mean this to be sad when I started writing.

'Tis the season to miss those gone before us, perhaps.
Posted by Carol Byron at 2:26 PM No comments:

get into a comfortable position

Writing Down Your Soul

A Course in Miracles

as a young jockey 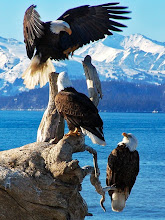 Storm coming in to the San Pedro Valley

books on the book shelf